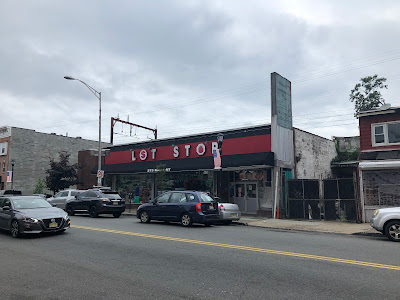 The earlier Village ShopRite in East Orange was here all the way at the eastern end of town. It was also -- not accidentally -- located directly across the street from a Kings Food Market. In 1987, this location was replaced by the newly built ShopRite of Brick Church downtown according to JoshAustin610. A question for any folks from East Orange... did this 6700 square foot store with no parking lot really survive all the way until 1987? My theory is that this store didn't make it that long, but instead was replaced in 1976 with a former Good Deal at 563 Central Ave, which then moved 11 years later. Village, to my knowledge, bought several Good Deal stores in the 70s, which would make a bit more sense to me. Anyway, our next and final stop on Main Street is the independent supermarket directly across the street over on The Independent Edition!