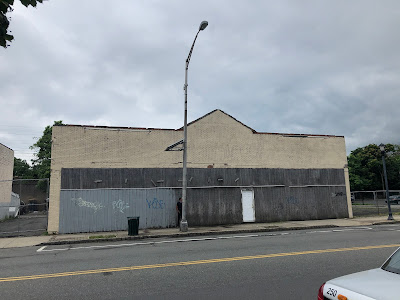 Today's former supermarket is towards the eastern end of East Orange, near the border of Newark, where we'll be seeing our next six stores before we head into Newark itself. There are at least two former A&P locations here in East Orange, but interestingly enough they aren't really on the radar of most of us supermarket fans. In fact, JoshAustin610 doesn't even list either, nor does A&P Preservation. Both of those sites have an immense amount of retail history, and I can't exactly claim more knowledge than them -- I just happened upon this one and the next one, which we'll see a bit later. 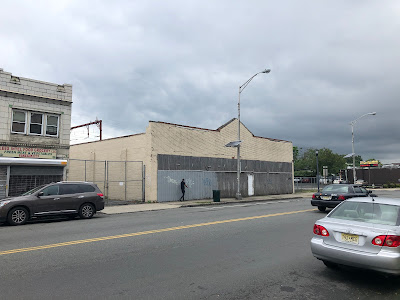 Other than the window arrangement (which has since been boarded up) and the peak in the middle of the storefront, this location is an exceedingly plain 6500 square foot building. This makes me think that the store may be a much earlier location that was later retrofitted with the basic centennial-style storefront. Tomorrow we have a double post... one here on Grocery Archaeology which you can actually catch a glimpse of to the left here, and one on The Independent Edition!