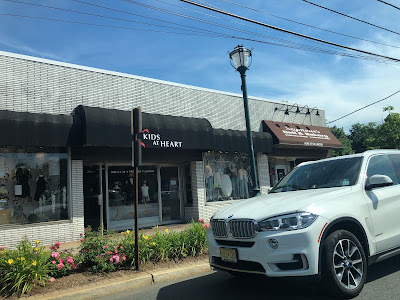 We wrap up our Essex County coverage with this former ShopRite, which according to a 1956 Wakefern member directory was the Economy Shop-Rite Market owned by Sidney Cohen. Livingston also had a former ShopRite at the north end of the town, which was not that big -- a former Safeway which was expanded by Village ShopRite. This store was later purchased by Village and combined with the northern location into the existing ShopRite by 1968, but has been expanded and renovated beyond recognition since. You can tour it here. Make sure to see our other store today, the Kings in town, here. Tomorrow, we have one final store here in Livingston before wrapping up Essex County altogether, so check it out on The Independent Edition!