Memorabilia: A Match Made in Heaven, Day 2 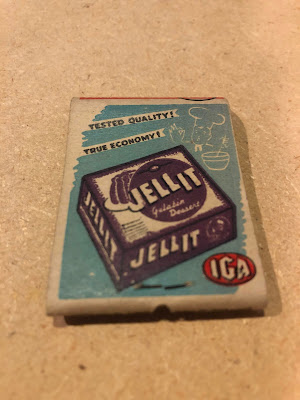 Jell-O? Oh, no. This is IGA brand Jell-It! Just like grandma always made. 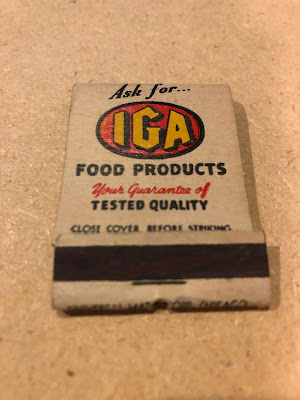 Judging from the IGA logo used here, these are certainly from before 1976. 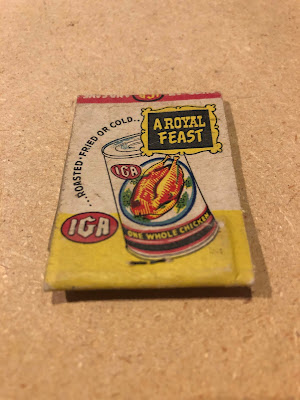 Sadly, it's basically impossible to tell what IGA store these were from since they could be from anywhere across New England where there were hundreds of IGA stores over many decades, and they don't have any store-specific information on them. 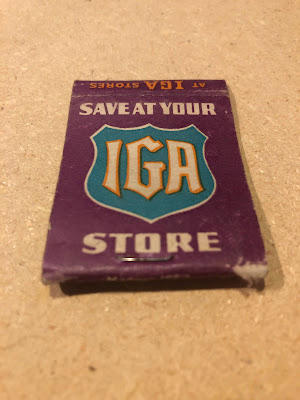 Canned chicken for dinner, Jell-It for dessert, and maybe a cup of Royal Guest coffee to go along with it... 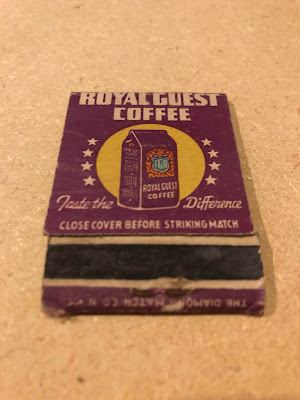 So who makes these matches? Well, you might have noticed a few different names on the various packages, but it looks like one of them was from a familiar place... 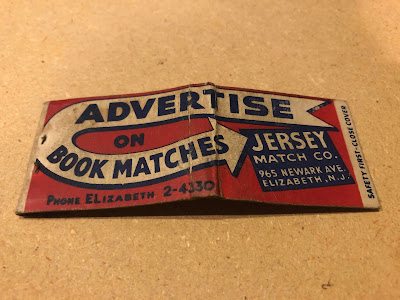 And somehow, this Elizabeth-originating matchbook ended up in a small town in Maine at an antique store. How interesting. This address, by the way, appears to be in the building later occupied by Burry Biscuit between the Stop & Shop and Twin City in North Elizabeth. And that building, of course, was originally home to one of the very first supermarkets in the world -- right up there with King Kullen and Piggly Wiggly -- called Big Bear. 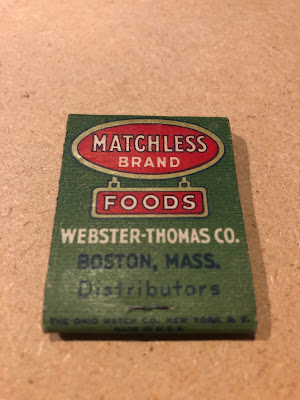 There must have been at least a little bit of irony recognized here, right? Matchless foods on a matchbook? If this were me, I would have left the matchbook empty, and when the customer opens it, there would just be a notice inside the cover that says: "Our advertising is always truthful." Might be a good way to build trust in the brand, but it might also be a good way to get a lot of angry customers! 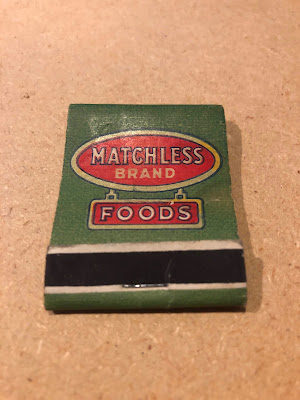 By the way, I believe Matchless was a brand of food items, not a retailer, although I'm not sure about that and it's also possible it was a private label brand associated with some defunct retailer. Anyway, that's all for day 2 of matches, come back tomorrow for more!