Memorabilia: It's a Match, Day 1

I know, I know. It's a lazy pun. But hey, it's spring break. And so I'm interrupting Spring Break to present a week of memorabilia, beginning with a collection of matchbook covers I bought at an antique store in Maine in the summer of 2019. 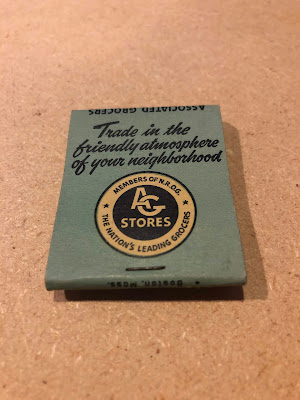 We'll be spending the first four days of this week taking a look at matchbooks, then on to some other items I've found. Here's the first, from AG Stores (Associated Grocers of New England, I believe). AGNE still exists, although its presence is fairly small in New England. Other Associated cooperatives also exist across the country, although I'm not sure if there ever was any connection among them. I don't believe Associated Supermarket Group of New York (previously Associated Food Holdings) was ever affiliated with any of the other Associateds. 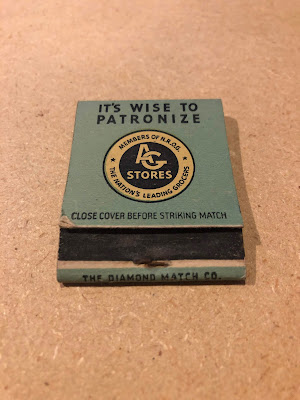 Today, AGNE supports a variety of retailers from supermarkets to convenience stores. 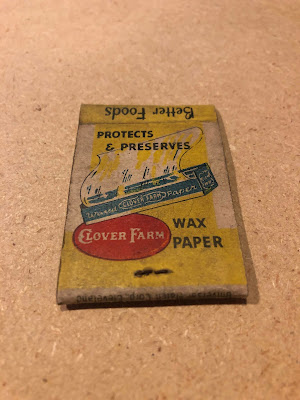 I get the feeling this was a rare find, since Clover Farm stores are of course long gone with one in Groton, MA staying alive as a small store but no longer a food store, until it closed recently. 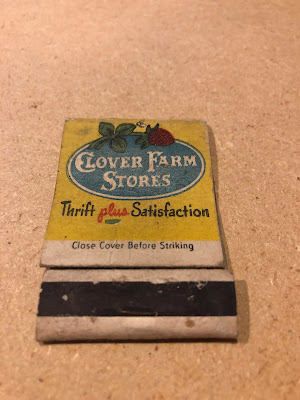 However, for a little more on Clover Farm, check out this group on Flickr. 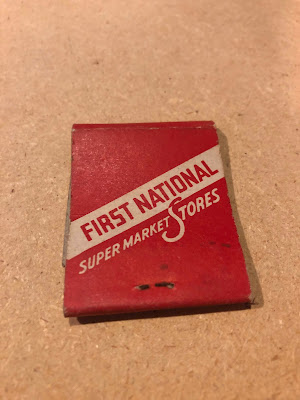 Now, of course, most readers here have probably heard of First National Stores (later just Finast), and I was able to pick up a few of their matchbooks too. 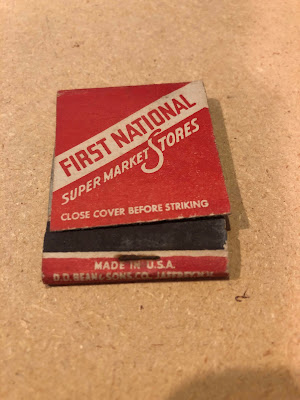 Looks like this one came in red and blue... 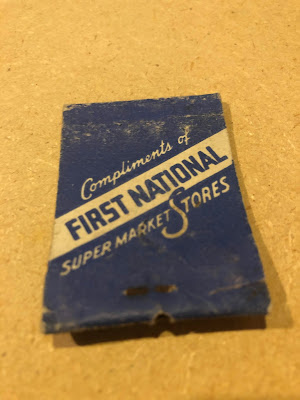 Unfortunately, I don't have dates or even date estimates for these, but any input is welcomed and appreciated. 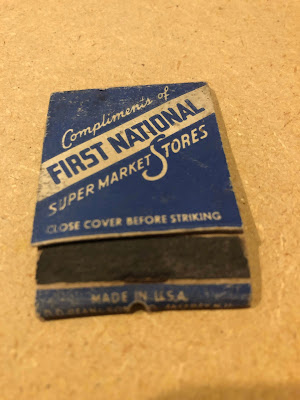 And for a newer one, with the modernized Finast logo... 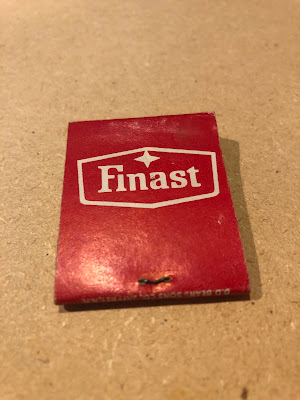 Simple but catchy design on the front and back. 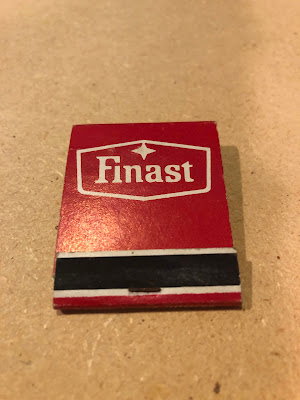 And inside, they get their message across too... 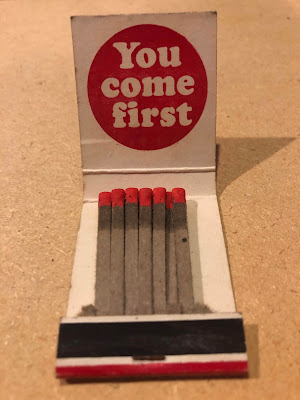 That's all for today but tomorrow we have five new matchbooks. Come back to check them out!