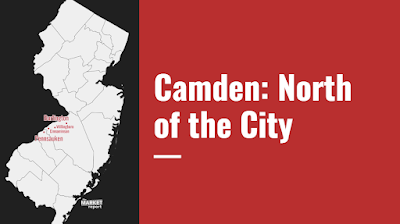 We arrive in the greater Camden area, for our last metropolitan area in the Garden State! I've divided this area, like the Trenton area, into two separate groups. The first one will take up our next two weeks or so as we pass through the Burlington, Willingboro, Cinnaminson, and Pennsauken areas with a few other towns along the way. This area is largely dominated by ShopRite and ACME, but we also have a few independent stores along with plenty of interesting former supermarkets. As I mentioned previously, as we get into these areas farther out from where I live, my coverage is not nearly as extensive as it is in northern New Jersey because I've only been able to make a trip or two out this way. So there's lots that we won't be seeing, but there's still lots of good stuff packed into these two weeks. Plus, I have two or three posts on most days, so there's plenty to see. We begin by following the US-130 corridor from Burlington in the northeast down to Pennsauken in the southwest, then turning east before hitting Camden for stops in Maple Shade and Mount Laurel. We begin with Burlington, with one store each on The Market Report and here on Grocery Archaeology!