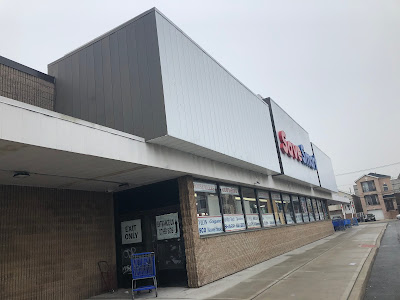 Our first store in the Ironbound, the historically Portuguese neighborhood of Newark, is this former Pathmark which is now a Save Smart discount department store. We've previously seen Seabra Foods stores in this neighborhood at 219 Chestnut and 123 Ferry, along with a Seabra's Market at 260 Lafayette St. 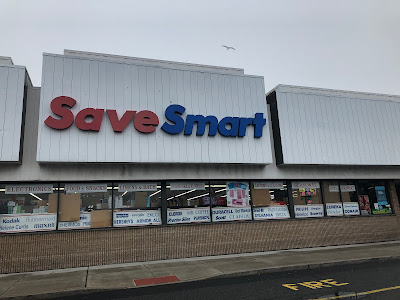 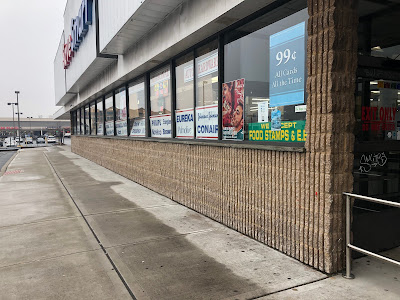 Looking across the storefront to Ferry Plaza, where you can see the gray awning in the distance. The relocated Ferry store closed in 2015 with ACME taking it over in November of that year, then closing in 2017. See our coverage of the ACME here. 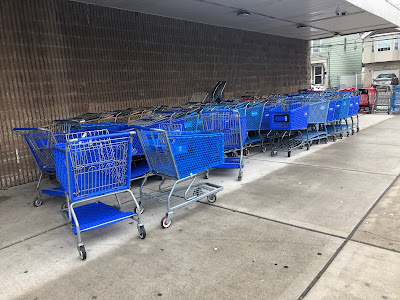 Every one of Save Smart's carts is a former Toys R Us cart! They look a little bit different from the Pathmark carts, but I wouldn't be surprised if there was a Pathmark cart floating around this store somewhere.  Tomorrow we'll head over to the vacant ACME property for a look around, stay tuned!