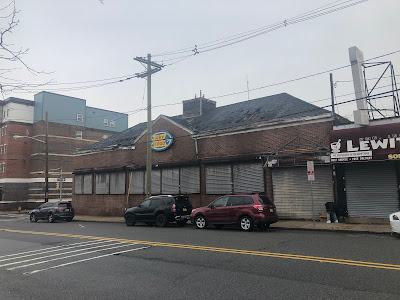 We are taking a look at a beautifully preserved (except for the roof, of course) former Centennial A&P just a couple of blocks northeast of yesterday's Extra Supermarket. The store has been abandoned for at least 15 years. 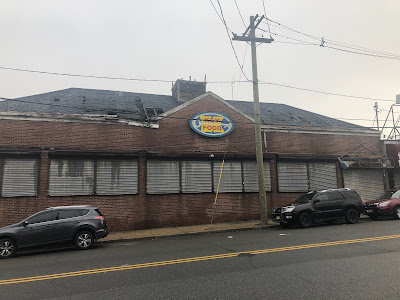 Unfortunately, there's no way to really see inside. As I mentioned in the Extra post, the West Side has long been one of the most dangerous neighborhoods of Newark, though it is being redeveloped. The storefront does not look to be altered since the A&P days, with the exception of the logo and the cupola at the top. 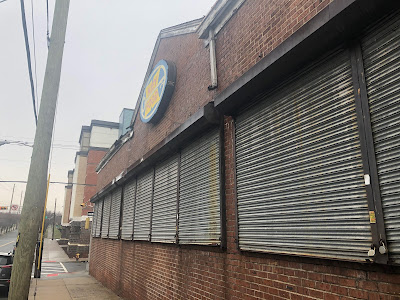 This store's model would place it as being constructed just before the 1967 riots, but it doesn't seem to have closed immediately in the aftermath. Consistent with some of my own research regarding other stores in the city, the more common approach was to leave the stores in operation but cease investing money in maintaining or updating them until they reached the end of their useful lives. At that point, Associated would've come in, presumably fixed up the store a little, and opened up. 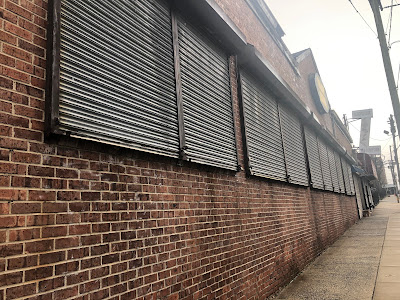 This neighborhood looks very different from how it did even a few years ago. As recently as 2007, the view from the corner of Spruce and Somerset was only abandoned housing complexes as far as the eye could see. Today, nearly all of those buildings have been demolished and many have been replaced. (See the 2018 street view here.) In fact, this former supermarket is one of the few buildings in the neighborhood that's still boarded up and abandoned. 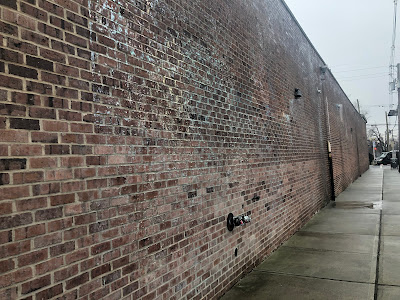 Looking along the side wall of the store towards the storefront. As far as I could tell, there's really no way to see inside the building, but I'd love to know what the interior looks like! Is the A&P decor still intact? Was it cleared out when Key Food closed? Unfortunately, we'll probably never know. We have one more store in the Central Ward tomorrow over on The Market Report!