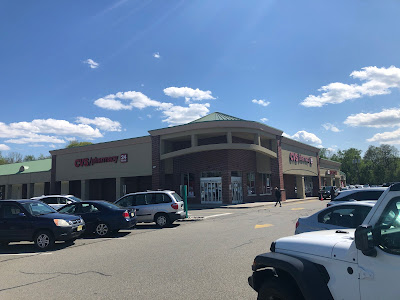 The southeastern corner of Bloomfield and Passaic Avenues in West Caldwell is home to this former centennial style A&P, believe it or not, despite the extensive renovation done around 2010 by CVS. The centennial roof is still intact behind the new CVS facade, though it can't be seen in the angle above. You can check it out in a Google Street View here. Until recently, the storefront retained its distinctive facade. In the street views, you can see the ShopRite just to the right, which we'll be touring tomorrow on The Market Report. See the former ACME across the street here and the Stop & Shop just to the west here.