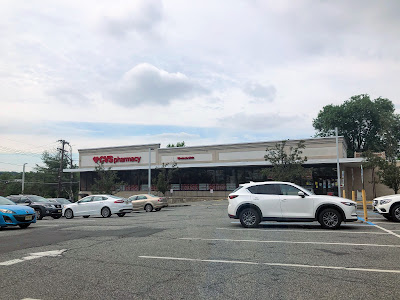 An early Supermarkets General ShopRite that became a Pathmark in 1968, this building is now a CVS which previously occupied only a part of the second floor of this two-floor building. The first floor is accessible from the left side, which as you can see in the parking lot slopes down to a lower elevation where the street is. It would be highly unusual to see a Foodtown put a Pathmark out of business, so it's likely that this store closed when A&P still occupied the space that later became Foodtown and then The Fresh Grocer. We've seen many stores along NJ-23 (here Pompton Avenue) from the far northern border of the state but we're almost at the southern end of the highway, so we have one more store on the road before we head out west. Head over to The Market Report tomorrow to see our final store on 23... for now!