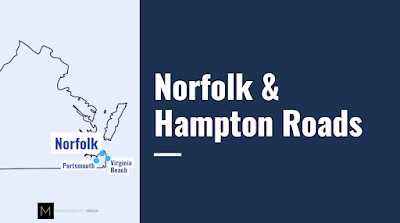 Look at that, we're moving on to our next mid-Atlantic group tomorrow! And yes, there's a slightly different banner design here prompted definitely by my desire to update the blog's look to keep it trendy and modern, and definitely not prompted by the fact that an unfortunate incident involving an external hard drive lost about a year and a half worth of stuff that I had saved. Anyway. We are moving on to the greater Norfolk area, and this part of Virginia is referred to as Hampton Roads. Virginia Beach and Newport News are some of the other cities in this area, although we won't be visiting Newport News sadly. As I mentioned yesterday, this is not the most exciting group of stores simply because I was only in the Norfolk area for a family reunion, which is not the most conducive to photographing large quantities of supermarkets. But I was able to get some, so we'll be spending about two weeks in the Norfolk area. Come back tomorrow to jump right into a store tour over on The Market Report!