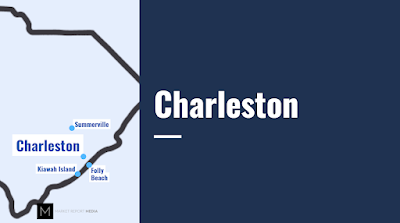 Up next -- we head to Charleston! And a few other towns around it in South Carolina. We begin to the northwest of the city in Summerville, then we wander through West Ashley and other northern parts of Charleston (note: not North Charleston, a separate city), before heading straight into downtown. We'll make one stop east of Charleston in Mount Pleasant, then travel out to Folly Beach on the coast outside of Charleston. Folly Beach is on Folly Island, one of the many islands off the coast of South Carolina, and we'll be exploring several of them. After Folly Island, we'll stop by Johns Island, Kiawah Island, and finally Wadmalaw Island. That's going to take us about a month, so sit back and enjoy! This is an interesting area, and it's also one I visited recently (January 2022, as a matter of fact) so it's pretty fresh in my memory. Hopefully, that makes for more exciting blog posts. As always, thanks for reading and following me all around the area and I'll see you tomorrow for our first stop on The Market Report!