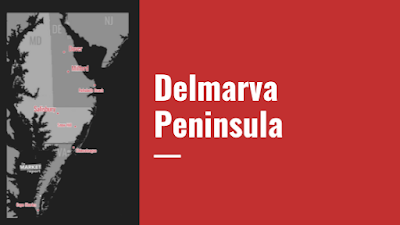 Welcome back, everyone, to our regularly-scheduled programming of supermarket coverage! We are progressing south along the eastern seaboard of the United States, as promised, through first the Delmarva Peninsula, the first stop south of New Jersey. The peninsula extends south from the Wilmington/Newark, DE and Elkton, MD areas down through Cape Charles, VA. The entirety of the tiny state of Delaware is on the peninsula, along with the eastern part of Maryland, and the southern part of the peninsula is Virginia. The cities paralleling the peninsula on the mainland include, from north to south, Wilmington, Baltimore, and Richmond, and Norfolk is just to the south of the southern tip of the peninsula. So we're going to take a look at a few stores primarily along the US-13/113 corridor as we wander down to the Chesapeake Bay Bridge-Tunnel, which connects Cape Charles to Norfolk. Head over to The Independent Edition for our first Delaware stop, which is interesting, to say the least!