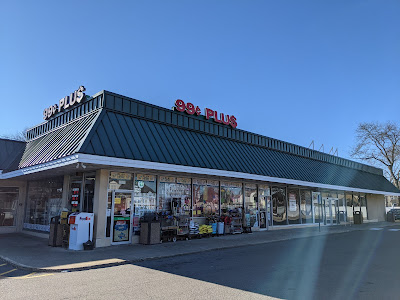 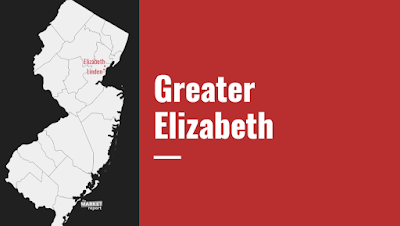 Shoutout to the Union Township Historical Society's website for helping me with this one! I'd felt like this was a supermarket for many years, having grown up blocks away from this store, but I didn't actually have confirmation. In fact, I think someone told me this was a bowling alley. Not sure if that was ever true or not, but it certainly was a supermarket. The 12,000 square foot building anchors a strip mall that also contains Times Farm, a small produce market I am very familiar with. Now let's get into the history of this store. Historic Aerials shows that the building was originally a freestanding structure built some time in the 50s, and the front wall faced Five Points, the intersection just at the end of this strip mall. The strip mall was built the following decade, extending out the front wall of the store. Now for the jackpot... check out this historical photo of Five Points from the historical society's website! I'm adding it below too, but I do not own the rights to this photo.

If you zoom in to the bottom right, you can see the tower sign for Grand Union. The parking lot on the right side of the image was for A&P, now Seabra's Market which you can see here. And if you look at the middle of the intersection and move just to the left, we can see GHI, which I talk about in the Times Farm post. This building is built with a barrel roof, arching across the middle of the store (from side to side) and then sloping down in the front and back. Although we've seen Grand Unions with arched roofs before, we haven't seen one with this style of roof that actually more closely resembles a Safeway. Since it seems those arched roof Grand Unions were actually built as Penn Fruits, it's possible this was indeed built as a Safeway and later acquired by Grand Union. You know what other kind of building frequently has barrel roofs? 1950s bowling alleys... exactly what I heard this was. Could it have been built as that and later converted to the supermarket? Although I must say... the originally-Safeway argument is made a lot stronger to me by the fact that there was in fact a tiny Safeway just half a mile up Chestnut Street, which could've moved to this location by the 50s only to sell to Grand Union soon thereafter. 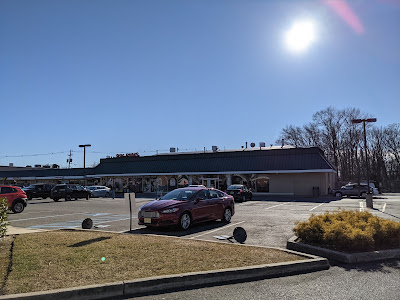 Today, the storefronts of 99 Cents Plus and a former liquor store are in the side of the Grand Union. We can just see the tip of the barrel roof at the top of the building. Now this isn't a liquor store blog, but I must say that the Wine Depot that formerly occupied this building has moved to a very nice new-build space just up Chestnut St. One more thing before we move on from this location: in the Times Farm post, we see what appears to be a former Grand Union cart. Is it possible it came from this location? That cart seems to match the red-dot logo, and I assumed this location was closed up long before the red-dot logo came around, but I very well could be wrong. Normally, I'd ask for the input of any natives of the area but I am embarrassed to say that my elementary school was under 2,000 feet from this building and I have no idea about the answers to any of these questions! Speaking of my childhood, tomorrow we'll be taking a look at the store I grew up shopping at, which has since closed. It'll be right here on Grocery Archaeology tomorrow.