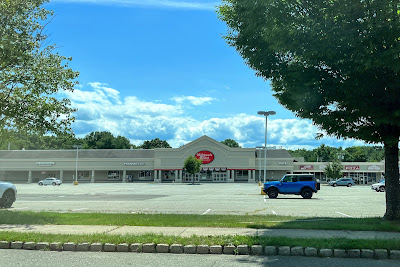 After 19 months, the Highland's Market of Hewitt, NJ closed in April. The store, which replaced a closed A&P, opened in October 2020. The store, which was affiliated with the Associated Supermarket Group, was perfectly adequate but had some execution issues. You can see my original tour here. I wondered in that post whether it would have a longer life than owner Nick Nasser's previous attempts in Elizabeth (two years) and Middlesex (five months). Well, it was right in the middle of those two. Nasser has since announced another Shopwell (also sometimes called Shop Well or some other variation thereof) for Budd Lake, about 32 miles southwest of this location as the crow flies. Obviously I can't predict the future, but I can't imagine that store having a life beyond that of Supermarkets Plus in Elizabeth, Price Saver in Middlesex, or Highland's Market in Hewitt. Or, for that matter, Nasser's first attempt at a New Jersey supermarket: the Key Food-turned-CTown in South Amboy, NJ which burned down and then burned down again. (Nasser opened the Key Food in 2013, it was converted to CTown in the next year or so, and then CTown first burned in 2015.) 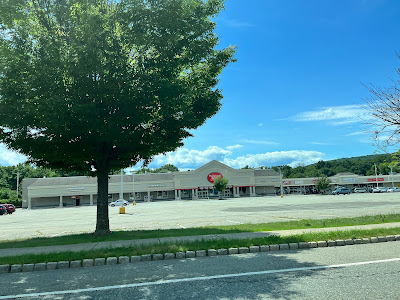 Interestingly enough, each of those was more or less under a different cooperative. South Amboy, of course, was both Key Food and Krasdale (CTown). Elizabeth was announced as a Key Food around the time that South Amboy was opening, then later re-announced as a Foodtown, then opened as a Supermarkets Plus IGA with the Retail Marketing Group, or the IGA subdivision that used to be Thriftway/Shop n Bag. After about a year, they left RMG but remained within IGA. Middlesex was announced as a Foodtown, then re-announced as an IGA, then opened as an independent store supplied by Supervalu using Essential Everyday storebrands. West Milford didn't change its name or affiliation before opening and stuck with Associated Supermarket Group for its whole (short) life. It remains to be seen whether Budd Lake will be affiliated with any cooperative, including any of the ones Nasser's stores have been with in the past. Well, you can bet we'll be seeing Budd Lake when it opens, but I just don't see it sticking around for the long term. Tomorrow we have another update, over on The Market Report!