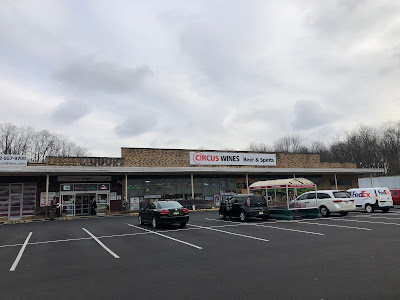 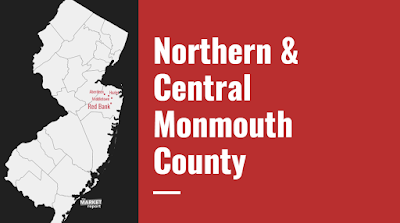 Nothing special about this 25,000 square foot former Foodtown, now a liquor store, here in Middletown, right? Wrong. The store closed in 1991 and doesn't appear to have had a replacement (Food Circus, now called Circus Fresh Foods, owns stores in Port Monmouth and Atlantic Highlands along the coast to the north, and Red Bank, Ocean, and Sea Girt to the south. They've had other stores around which have closed but we'll be seeing three of those four stores.) Now let's jump into this location... 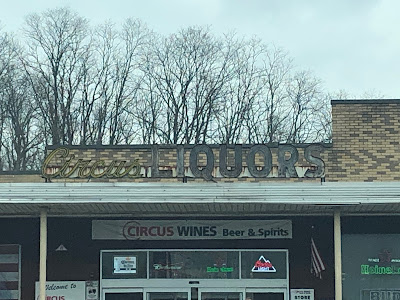 Very cool, barely visible neon sign for Circus Liquors which previously took up a narrow strip along the side of the building but is now the entire building. 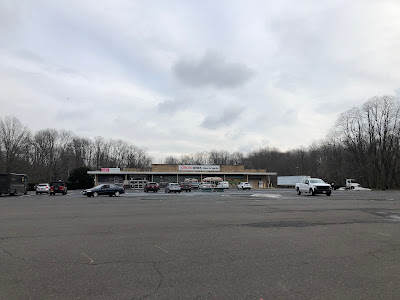 The property is massive, spanning well over six acres. It contains two outparcels and I'm pretty sure Circus could have comfortably built a 60,000+ square foot new store on this property, but I'd assume the Grand Union opening across the street made it impractical. But heading out to the end of the property, we find the local landmark welcoming customers to the Circus... 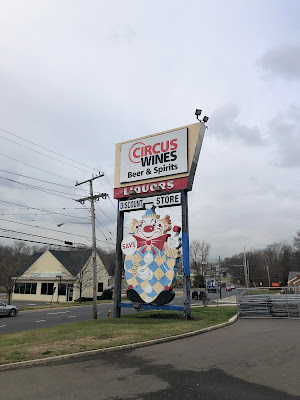 Or at least, he would welcome us if he weren't so sinister. The Evil Clown of Middletown is widely known in the area for being a rather creepy but quite famous landmark. 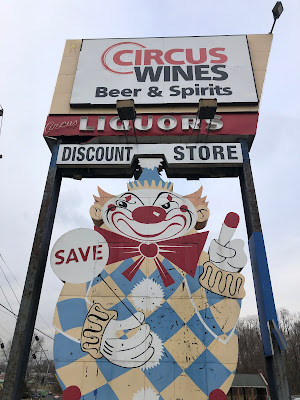 Our friend here would've originally rotated with an electrical motor, but has long since been fixed to the sign. And the trapezoidal panel at the top originally had a large Foodtown sign, looking vaguely like this, but that has been gone for a long time too. 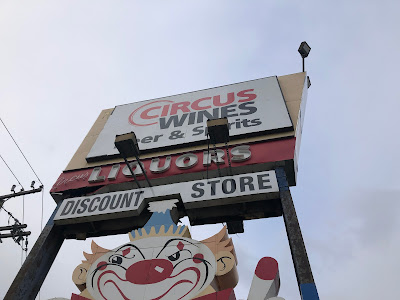 I believe the sign has been restored, since it's looking mostly pretty sharp. I was gonna say it's looking good, but uh... 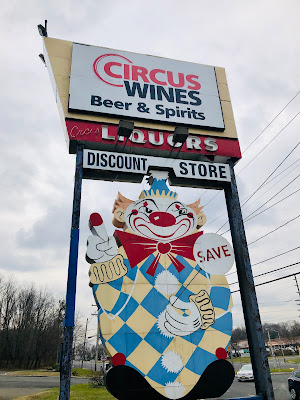 He's certainly hard to miss, and one of those landmarks that everyone kinda dislikes but they'd all miss it if it was gone. We can also see the Stop & Shop mall in the background, across the highway (it has a Big Lots visible next to the clown's foot). 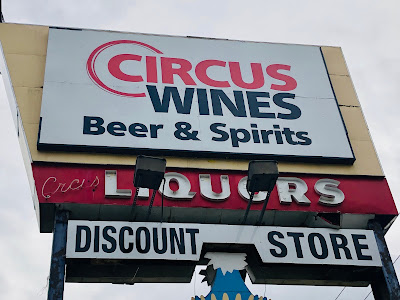 Just a few more closeups of the sign before we head out of Middletown... 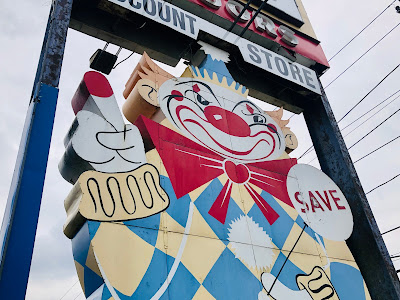 Up next we are heading towards the south for a few more stores in Fair Haven, Red Bank, Little Silver, Lincroft, and Tinton Falls before we head out along the coast in our next group. Tomorrow, see our next store tours -- count 'em, two -- on The Market Report!