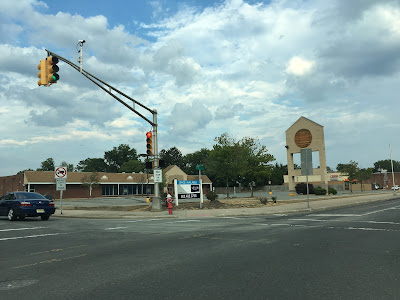 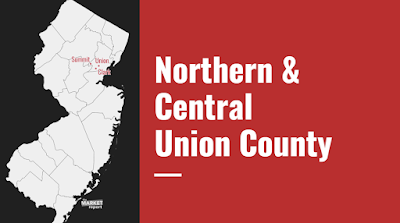 Our next stop is this 40,000 square foot former supermarket on Morris Ave, just down the street from Gold Valley in Springfield. Built as a 21,000 square foot 1950s-era ACME, then expanded out three sides, this building later hosted a Village ShopRite until 2014. Since I don't know of any other cases where Village directly acquired a former ACME, I think it might actually be more likely that Good Deal moved in around 1970 before selling to Village in 1976, as was the case in Millburn just about a mile northwest. (Also, whoops... the first few pictures in this post are repeated from my previous post. Sorry.) 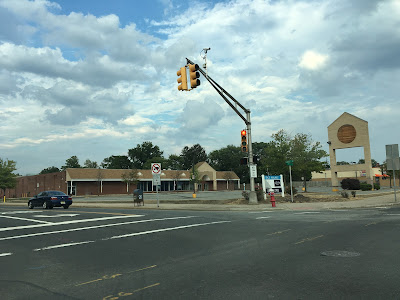 You can see a lot more about the history of this store, as well as the other former ACME in Union which we'll be seeing shortly, over on Acme Style, who visited the ShopRite back in 2014 right before it closed. The store moved to a former Pathmark just to the south on US-22, which we'll be touring tomorrow. My pictures above come from when the store was abandoned in 2016. By 2019, thrift store Second Avenue Value Stores had announced their first NJ location in this space. 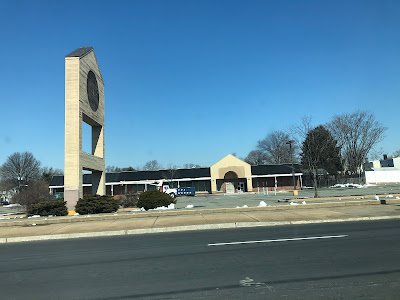 Here we see the property in progress, as Second Avenue (whose PA stores I've visited, and they're excellent) prepared the space. They replaced the awning, which we see here, before painting the whole building, and fixing up ACME's tower sign, a modified version for ShopRite seen here. The interior was also gutted and remodeled. 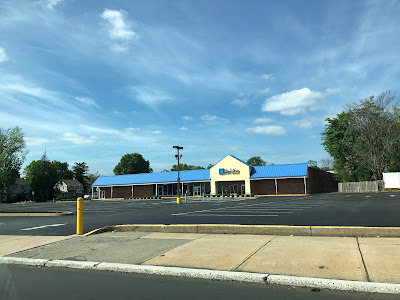 And the store, which is now open, is looking great! 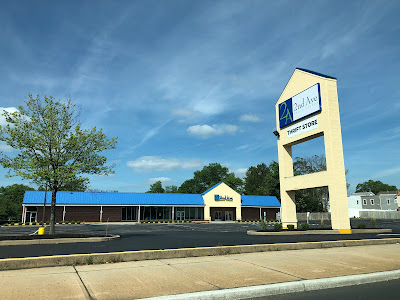 For any thrift store enthusiasts out there, the Union Plaza which includes the new ShopRite just three-quarters of a mile south, also includes a large Unique Thrift. 2nd Avenue certainly has the nicer store though! We'll be touring the new Union Plaza ShopRite tomorrow on The Market Report.