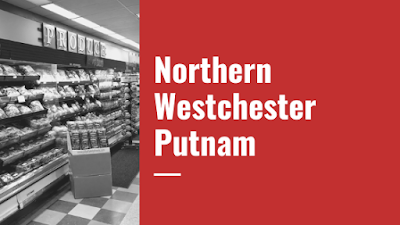 Over the next two and a half weeks or so, we'll be wandering through the northern parts of Westchester County before crossing into Putnam County, the next county to the north. As we'll see, this area is mostly suburban with only one large city (Peekskill) and getting almost countryside-like as we head east towards the Connecticut border. Much of this area is also very affluent, especially along the train lines that lead into New York City. While the majority of coverage will be on The Market Report because most of the stores are chain stores, we'll also be seeing three independent stores on The Independent Edition and one former supermarket here.