Memorabilia: A White Rose by Any Other Name 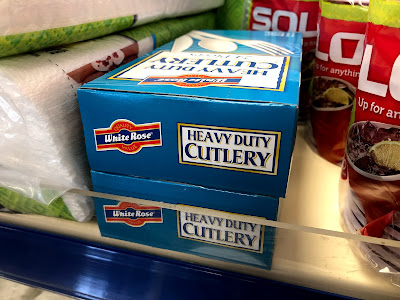 We don't have to go too far back in our collective memories to get to White Rose, a wholesaler out of Carteret, NJ that went bankrupt in 2014. Its retail stores, under the DiGiorgio group, included Met and Pioneer supermarkets, which were consolidated with the Associated and Compare brands to form the Associated Supermarket Group. White Rose products were continued to be produced by C&S Wholesale Grocers of Keene, NH, which acquired the wholesale arm of White Rose, until about two years later. (While Met and Pioneer sold White Rose, Associated and Compare sold Super A. Today, all four brands use the Avenue A private label.) The above products were spotted at a convenience store in Newtown, CT. 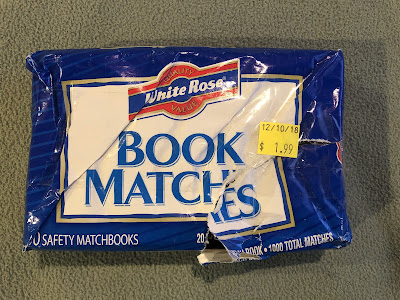 And when my Goodwill had a box of matches (albeit a very damaged one) for $1.99 - and it was even half price day! - I had to buy it. So here's an absurdly large number of pictures of every angle of this box that you've probably never cared about seeing. 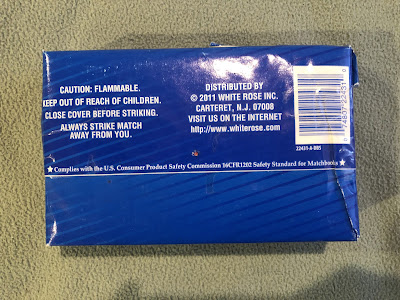 The copyright date on the back is 2011, probably placing the production date significantly later. So this is only memorabilia in that it is no longer produced, it's probably from only around 2013 or so. 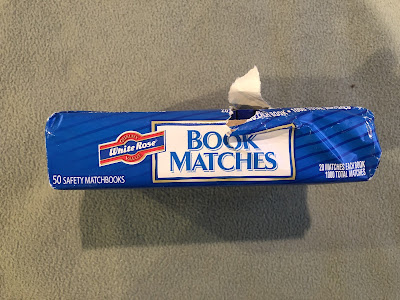 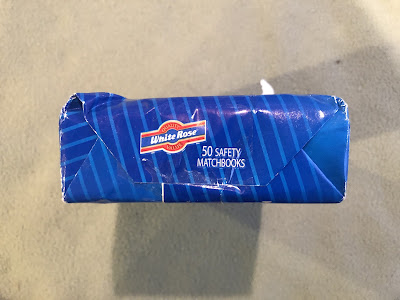 A view of the less badly damaged side. 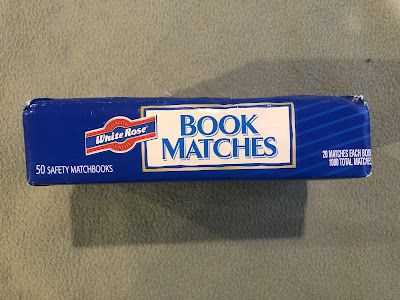 And finally the bottom view, which looks an awful lot like the top view.