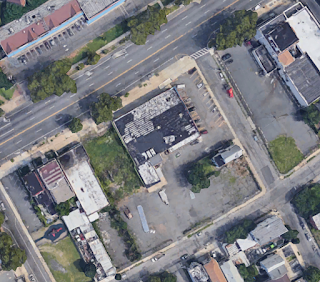 This is an extremely interesting supermarket in the Lincoln Park neighborhood of Newark. I suspect that it was built as either a Supermarkets General-owned ShopRite or a Good Deal, both of which were quite active in Newark. However, it also bears some similarities to A&Ps of that era. The timing is somewhat confusing, though, as we'll see in the historic aerials. 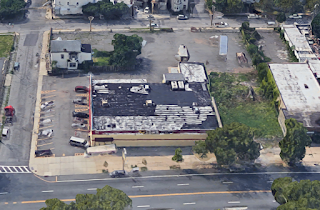 At first glance, it doesn't look too exciting. The store faces a small row of parking on the side street, although its address is on Clinton Ave (the major road in the foreground). 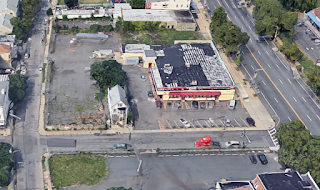 Here we see the storefront along the side street. This part of Newark was hit very hard by the riots in 1967 and remains one of the least-redeveloped sections of the city. 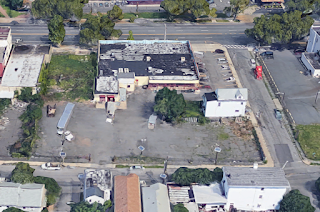 Large, and mostly unused, parking lot in the rear. 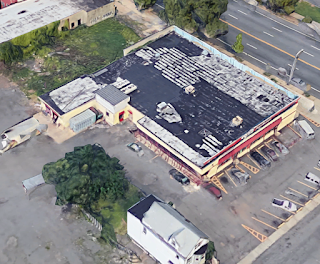 It's obvious that the entrance and exit were previously located along the back wall. They have since been moved to the side wall where the red awning is, to the right above. 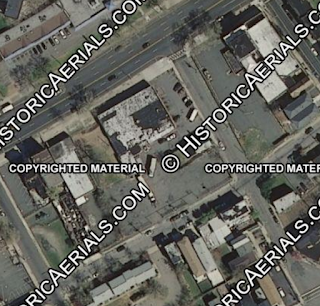 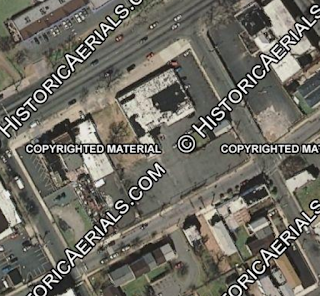 2008 is similarly close to the current setup. It just looks like the parking lot is in better shape! 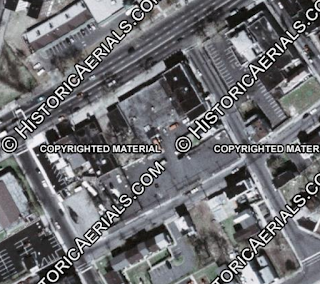 Now here's where it gets interesting! Notice that the main parking strip is on the site of a now-demolished building. That means only one thing...the original storefront faced Clinton Ave! Checkouts lined (and still line) the right-side wall, with an entrance and exit each at the front and back of the store. In this aerial shot, it looks extremely similar to the store that's also now CTown at 602 Main Ave in Passaic. (See a full store tour of that location on The Market Report here.) 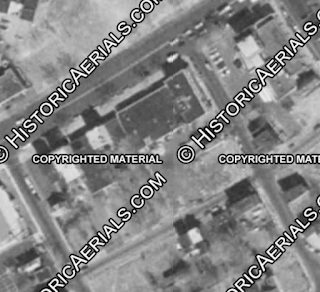 Hard to see many details back in 1987. It does look like there are a few cars in the parking lot, though. 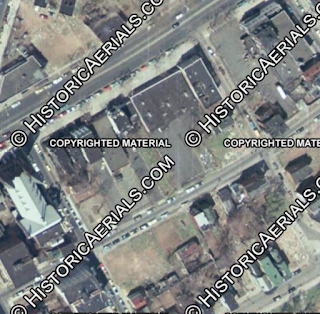 Looks like the store is closed up and out of business in 1979. Funny how the parking lot has been expanded over the years, yet it's hardly used at all nowadays! 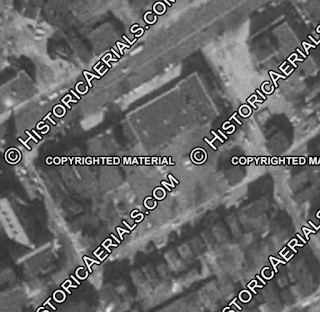 It's hard to tell, but it looks like there was a business in operation here in 1970. 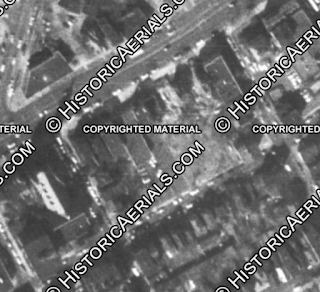 The supermarket is not present in the 1966 aerial. The Newark Riots of 1967 would hit the city the following year, and it was at that time that virtually (if not literally) all major supermarkets left the city. It still has not recovered from this loss, although stores such as this CTown thrive in areas that chain stores reject. Based on these aerial photos, it appears the store opened in 1966 or early 1967. (I highly doubt that a new chain supermarket would open in the immediate aftermath of the riots.) It doesn't appear that that original supermarket made it past 1979, which is consistent with my knowledge of Newark supermarkets. CTown, or some similar independent store, was probably open by the 2002 aerial image.

This CTown is in pretty bad condition. It's slated to be torn down and replaced with a brand-new Food Depot. You can tour the other Food Depot in Newark on The Market Report here. 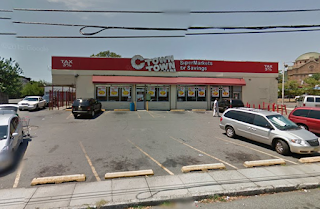 The new storefront. Entrance (left) and exit (right) doors are now on this side. The obvious former entrance-exit area to the left has since been boarded up, and this side has since lost its C, making it a Town Town supermarket. 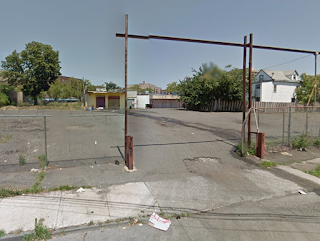 A look at the enormous parking lot in the back of the store. 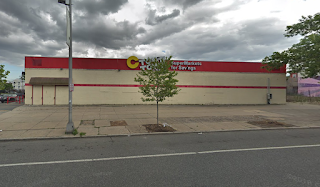 The former storefront with the old entrance and exit doors clearly visible to the left. If you zoom in, you can also see the outlines of where the windows used to be.